Hanukkah or Chanukah (Hebrew for "dedication"), annual festival of the Jewish people celebrated on eight successive days. It begins on the 25th day of Kislev, the third month of the Jewish calendar, corresponding, approximately, to December in the Gregorian calendar. Hanukkah is also known as the Festival of Lights, Feast of Dedication, and Feast of the Maccabees. 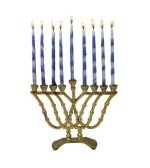 Hanukkah commemorates the rededication of the Temple of Jerusalem by Judas Maccabee in 165 bc. Rededication was necessary because Antiochus IV Epiphanes, king of Syria and overlord of Palestine, had profaned (defiled) the temple. In 168 bc, on a date corresponding approximately to December 25 in the Gregorian calendar, the temple was dedicated to the worship of the pagan god Zeus Olympius by order of Antiochus, who forbade the practice of Judaism. An altar to Zeus was set up on the high altar. When Judas Maccabee recaptured Jerusalem three years later, he had the temple purged and a new altar put up in place of the desecrated one. The temple was then rededicated to God with festivities that lasted eight days (see 1 Maccabees chapters 3 and 4). According to tradition, only a one-day supply of nondesecrated olive oil could be found for the rededication, but that small quantity burned miraculously for eight days. Jews commemorate this event by lighting candles for the eight nights of Hanukkah. The principal source for the story of Hanukkah is the Talmud.

The principal feature of present-day Hanukkah celebrations is the lighting of candles, one the first night, two the second, and so on until eight candles have been lit in a special candelabrum called a menorah. A Hanukkah menorah has eight branches and a holder for an extra candle that is used to light the others. (A seven-branched menorah that also has its origins in biblical times is now a symbol for the state of Israel.) A blessing is said each night as the Hanukkah candles are lit.

Hanukkah is a festive family occasion, with special foods and songs. Children generally receive small gifts or money, known as Hanukkah gelt (money), each evening after the candles are lit. Foods fried in oil, such as latkes (potato pancakes) and doughnuts, commemorate the miracle of the oil. Sweet foods also are popular, and children may receive chocolate coins in place of Hanukkah gelt. Songs also play a part in the festivities and remind the family of the events commemorated.

The dreidel, or sevivon in Hebrew, is a four-sided spinning top that children play with on Hanukkah. Each side is imprinted with a Hebrew letter. These letters are an acronym for the Hebrew words, Nes Gadol Haya Sham-"A great miracle happened there" (referring to the miracle of the oil that took place in the Beit Hamikdash). In the State of Israel, the fourth side of most dreidels is inscribed with the letter (Pe), rendering the acronym, Nes Gadol Haya Po-"A great miracle happened here" referring to the fact that the miracle occurred in the land of Israel. Some stores in Haredi neighbourhoods may sell the traditional Shin dreidels.

Some Jewish commentators ascribe symbolic significance to the markings on the dreidel. One commentary, for example, connects the four letters with the four exiles to which the nation of Israel was historically subject-Babylonia, Persia, Greece, and Rome.

After lighting the Hanukkah menorah, it is customary in many homes to play the dreidel game: Each player starts out with 10 or 15 coins (real or of chocolate), nuts, raisins, candies or other markers, and places one marker in the "pot." The first player spins the dreidel, and depending on which side the dreidel falls on, either wins a marker from the pot or gives up part of his stash. The code (based on a Yiddish version of the game) is as follows:

Another version differs in that nun is nem - "take", while gimel is gib - "give". The game may last until one person has won everything.

Some say the dreidel game is played to commemorate a game devised by the Jews to camouflage the fact that they were studying Torah, which was outlawed by Greeks. The Jews would gather in caves to study, posting a lookout to alert the group to the presence of Greek soldiers. If soldiers were spotted, the Jews would hide their scrolls and spin tops, so the Greeks thought they were gambling, not learning. 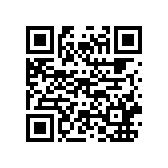